Robots, Drones and Automobiles: A Review of the 2015 Kia Sedona

DriveShop gave me the opportunity to drive the 2015 Kia Sedona for a bit to facilitate this review. All opinions and robot musings expressed here are my own.

I am not a soccer mom. If you’d asked me a few weeks ago if I’d ever willingly drive a minivan, I would have given you the stankest of stank faces with a side of contempt. I’ve worked hard to achieve and maintain the level of cool that you see before you and I will not have it diminished by chauffeuring my family around in a stereotype on wheels. Nope.

Welp, the folks over at DriveShop came into my life and challenged everything that I believed to be good and true in this world. At least when it comes to minivans.

1. It has its own drone – Okay, maybe that’s not entirely true, but the folks at Kia took the concept of the rear view / back-up camera and went “we can do better”. When you back up, you can see the whole car. From above. THE WHOLE DAMN CAR! I kid you not, for 7 days I kept asking myself what type of futuristic robot technology was at play here. #Autobots 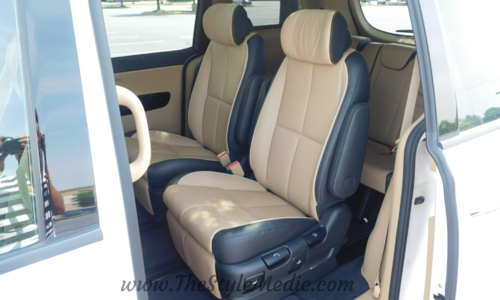 B. They thought of (almost) everything – The Sedona was definitely built with parents in mind. There are loads of nooks and crannies for storing stuff, the rear seats slide forward, backward AND left to right, there’s lounge seating with foot rests in the back (ugh, the kids get all the good stuff) and you can lock the rear controls so you don’t have to worry about little hands adjusting the temp. The only thing that I was surprised this vehicle didn’t have was a DVD player to keep the kiddos entertained.

We discovered this little gem while walking up to the car at night. The door handles are backlit. #Genius

iii. Two words: Cool Booty – Y’all know how I feel about heated seats right? Well not only did this have a toasty buns feature for the cold winter months, there’s also a cool feature to take the sting off of sitting on leather seats in the summertime.

2*2. I’m not convinced this actually is a minivan – So yeah, they say it’s a minivan and it has minivan-ish qualities, but this neither looked nor drove like a minivan. I drive an SUV regularly and this was comparable. Also, and this makes me so sad, the body style of my truck looks more like a minivan than the Sedona did. A friend of mine actually thought my truck WAS a minivan… The nerve.

V. It’s smart – The GPS not only tells you where to go but also the speed limit on the road you're on. 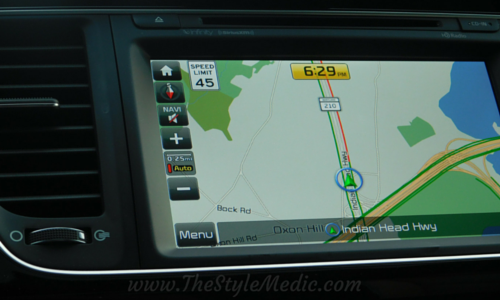 But it's almost too smart. I got into more than a couple of arguments with Madame Sedona about her insistence that I’d drifted out of my lane. They went a little something like this:

Me: Excuse me smarty pants! This road is curvy! Maybe the lane moved! Did you think about that? Huh?

I’m pretty sure I won that argument. 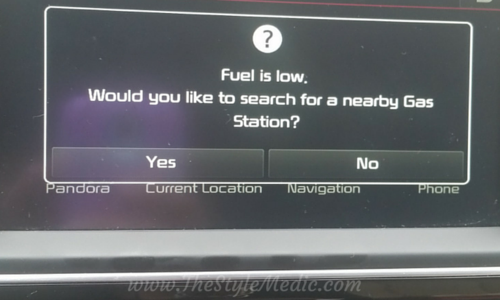 It also warns you when the fuel is low and offers to direct you to the nearest gas station. How sweet.

Overall, I was surprised by how much I liked the Sedona. I’m probably not going to convert any time soon, but at least now I know that all minivans are not awful.

What say you? Are you a minivan mama or strictly against them?