Fashion in Film: A Wrinkle in Time

Tomorrow, the much-anticipated movie ‘A Wrinkle in Time’ hits theaters and believe me, you’re gonna
wanna see this.

This movie is bubbling over with girl power and gave me Wizard of Oz (my all-time favorite of favorites)
mixed with The NeverEnding Story vibes. It’s visually stunning and the story is ripe with inspirational
messages of love, hope, and belief in one’s own abilities.

But of course, that’s not all. As a fashion lover, I was completely blown away by the makeup and costumes in this film. What costume designer Paco Delgado created was nothing short of spectacular! Specifically, when it comes to the celestial (and fabulous) Mrs. Each of their looks beautifully represented their personalities and backstories. Here’s what I thought about the Mrs. (in order of appearance): 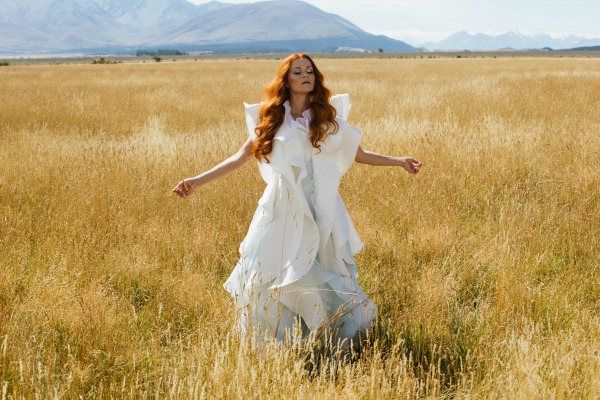 Reese Witherspoon is Mrs. Whatsit in Disney’s A WRINKLE IN TIME.

Reese Witherspoon plays Mrs. Whatsit, the more playful (and shady) of the three Mrs. Her looks consisted of beautifully flowing light fabrics in bright colors and fiery red hair that was often braided into intricate styles. 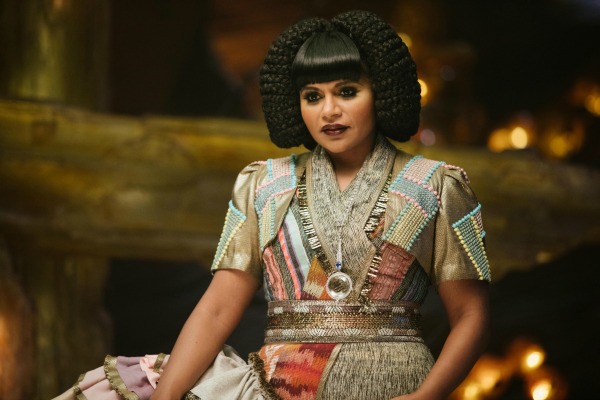 Mindy Kaling is Mrs. Who in Disney’s A WRINKLE IN TIME.

Mindy Kaling was perfect as Mrs. Who. She rocked intricately styled hair, mixed prints and bold colors that perfectly fit her personality and reflected multiple cultures. Paco Delgado made sure to repeat the ‘quilting’ look both in her hair as well as clothing. 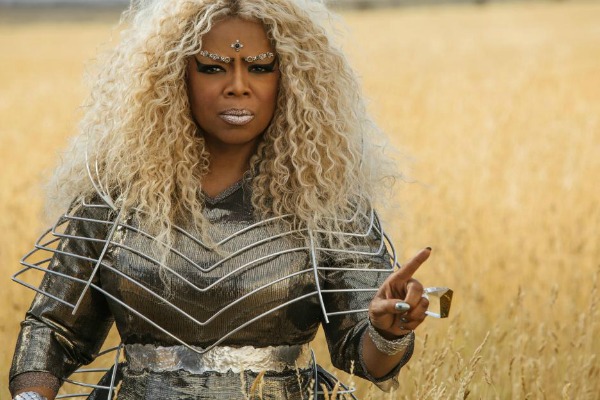 Oprah Winfrey is Mrs. Which in Disney’s A WRINKLE IN TIME.

Auntie Oprah’s character is basically what she would be if she was some otherworldly magical being.
Spouting off lines like “be a warrior”, and giving the fils star, Meg Murray the perfect inspirational pep talks, she couldn’t water down her Oprah-ness if she wanted to.
Mrs. Which rocked some of my fave looks from the movie featuring bold elaborate eye makeup (come on rhinestone brows!!) and Pat McGrath-esque glitter lips. I mean… *faints* The looks were STUNNING.

Overall, I really enjoyed the movie. For those with younger or more sensitive children,  be aware that there are some scenes in the movie that are dark and a little suspenseful; My 7 year old wouldn’t like that but my 10 year old would be just fine.

What say you? Are you going to see A Wrinkle in Time? Have you read the books?

Let’s chat in the comments or on social! Insta | FB | Twitter

← Previous Story GALentine’s Day: 7 Ways to Celebrate Your Girlfriends
Next Story → Back to School: The 8 Best Apps to Save College Students Time and Money