Why the Mitsubishi Outlander is The New Hotness

DriveShop gave me the opportunity to drive the 2015 Mitsubishi Outlander for a while to facilitate this review. Don't fret, all opinions expressed here are my own.

Truth: When I was told that I'd be given a 2015 Mitsubishi Outlander to test drive, my first thought was, "I don't know what that is, but I want it".

In the weeks leading up to the drive, I paid exta attention to other cars on the road during my ridiculously and excruciatingly long commute. I searched and searched for an Outlander so that I'd have an idea of what I'd be driving. I didn't find one. Not one. I was concerned. Was I being punked?

Then Hubs picked me up in this: 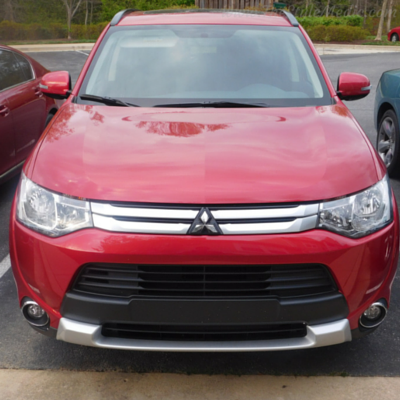 Mitsubishi has never really been on my radar, but lemme tell you something, they're keeping secrets y'all. The 2015 Outlander looked all petite and unassuming on the outside but it was all space-age and roomy on the inside.  Seriously, it was like the Tardis. Had me like:

There were leather seats (with warmers!), SiriusXM® satellite, radio and, one of my favorite features, a touchscreen display with rear camera. Because, sometimes you don't want to have to crane your neck around to see what's behind you and…safety. As someone with two growing boys, I appreciated the roomy cabin and third row seating. Speaking of my kids, while they couldn't care less about safety features like the seven airbags, they were particularly impressed by the "window on top" (known to us as the sunroof). 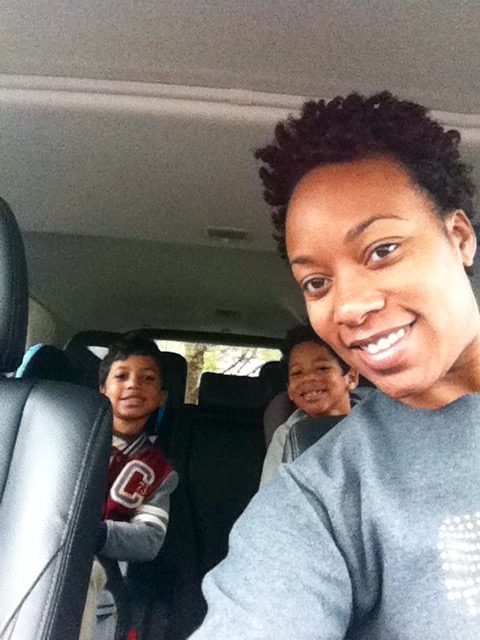 All smiles before school

The Outlander fared well on my aforementioned heinous commute, only needing a fill up at the end of the 7 days resulting in a slightly embarassing situation at the gas station. It went something like this:

I roll up to the gas pump, hop out of the car and assume that the fuel door can be opened from outside (like mine). Not so. I then proceed to search for the button, latch or magic word that opens the stinkin' thing. I pop the hood open by mistake. I get increasingly frustrated when the dude pumping gas in front of me looks over and says "you don't know how to open the gas tank?" so I shout (yes, I shouted at a stranger) "NO! I don't. Help me! And for the record, this isn't my car." I instantly felt better about myself when he couldn't figure it out either. Take that smarty pants. After another minute or so I finally found the latch that opened the fuel door. SMH. It was an ordeal.

By the end of the week, I'd fallen hard for the Outlander and really didn't want to give it back. It has all the features that my curent ride doesn't and way better gas mileage. I had the sads.

You should totally go check out the Outlander for yourself. Just make sure they tell you how to open the fuel door though.

What say you? Have you ever heard of, seen or driven a Mitsubishi Outlander?